Dichroic glass: when was it invented, what is it and how is it used? 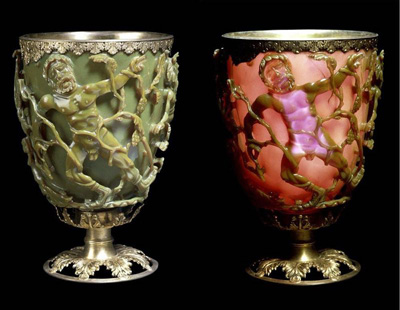 Dichroic glass, thanks to the fact that it contains micro layers of metal oxides with different refraction indices, depending on the angle of incidence of the light, reflects a specific chromatic component of the spectrum of a light beam and lets the others pass.

The color changes depending on how you look at it.

In this case, the dichroic effect is obtained by gold and silver nanoparticles, by virtue of a process probably not well understood or controlled by the producers, and most likely the result of an accidental contamination.

Our dichroic glasses are obtained by interposing a film between two low iron glass foil: thanks to this technique, called lamination, the glass changes color depending on the angle of vision while maintaining a certain transparency. 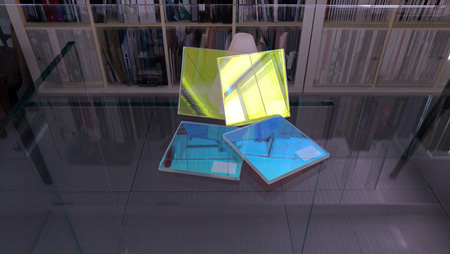 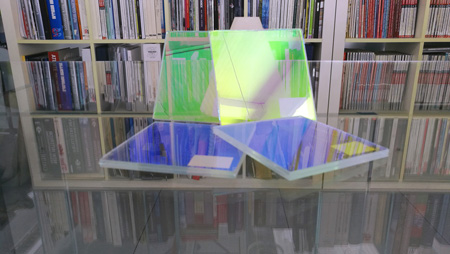 As you can see from the samples reproduced in the photos, equal in size, thickness and type of film, the color is very different depending on the angle, and in any case, the cone supported by two of the four samples can be seen in transparency.

Interesting? However, in practice, what can be done with dichroic glass?

Here below there is a realization still inside our laboratories: it is a square glass case, in which the white frame enhances the iridescent reflections of the dichroic glass sheets. 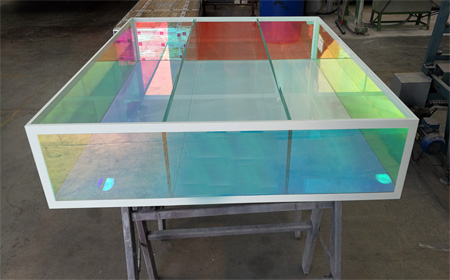 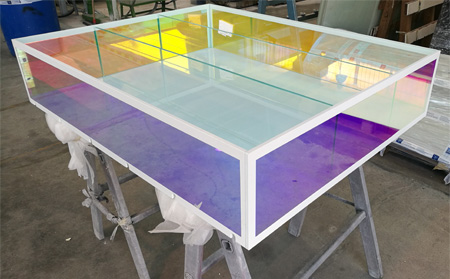 In the video, you can clearly see how the colors of the glass change according to the viewing angle, generating very pleasant effects thanks to the combination of colored reflections and maintaining transparency.

This is just one example of the multiple applications that dichroic glass lends itself to: in addition to use in retail and fashion retail, perhaps in a neutral environment, in which the design is entrusted to a clever luminous architecture, we think of furnishing accessories such as display cabinets or consoles, when you want to amaze by enhancing an object or an environment.

Elle Decor and the charm of the arcanist

Time, Nature, Love on exhibition in Milan in extra clear