Van Cleef on exhibition in Milan until February 23, 2019 at Palazzo Reale.

Time, Nature, Love on exhibition in Milan in extra clear

The ‘Van Cleef&Arpels: Time, Nature, Love’ exhibition was inaugurated last November 30th in Milan, which until the 23rd of February presents the universe of the French Maison at Palazzo Reale, for the first time in Italy, with over 400 jewels, watches and precious objects.

Alba Cappellieri, Professor of Jewellery and Accessory Design at the Milan Polytechnic and director of the Jewellery Museum of Vicenza, which has identified three sections in which to divide the creations, curate the exhibition: Time, Nature and Love, inspired by some key concepts of Calvin’s American Lessons.

The initial section on Time occupies ten rooms; the central one dedicated to Love presents creations that have accompanied some of the great passions of the twentieth century that have now become myths, such as the Lion Barquerolles necklace donated by Richard Burton to Elizabeth Taylor on the occasion of the birth of their first grandchild in 1971; finally, the section dedicated to Nature exhibits in three rooms creations inspired by botany, flora and fauna. 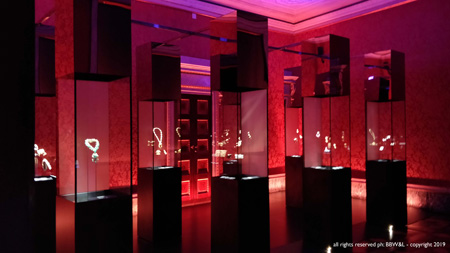 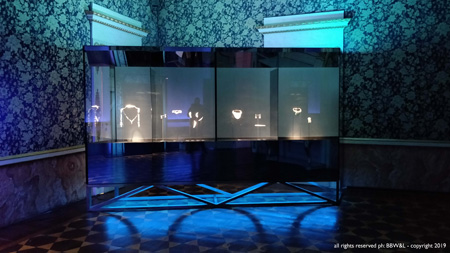 In this case, the aim was to combine two features that are often in antithesis: the safety and enhancement of the objects on exhibition. From the point of view of safety, all glasses are burglarproof, belonging to class P6B, able to withstand a number of ax strokes ranging from a minimum of 30 to a maximum of 50.

Transparency and elegance are also the features put in place to enhance the objects on exhibition, using low iron glass foils, with 45 ° cuts and joints with black-painted edges. 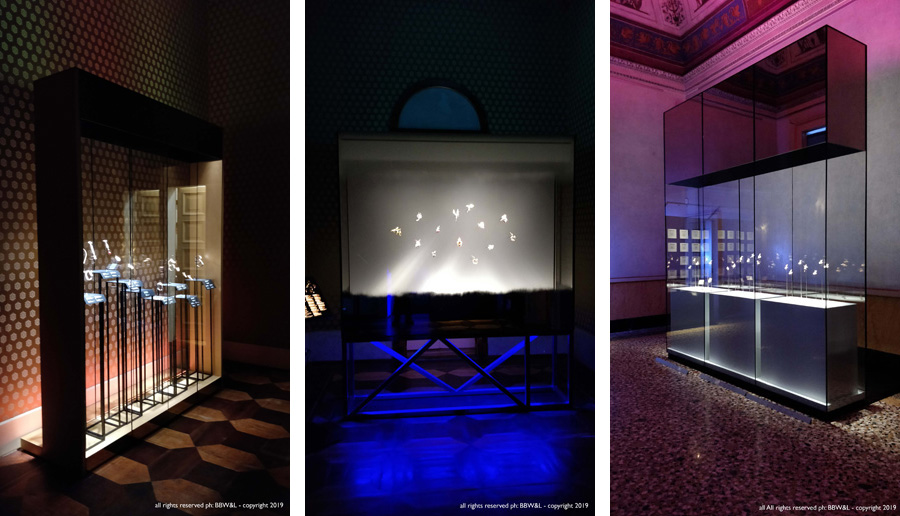 The vertical cases, which range from 240 to 340 centimeters in height, have many manual processes, such as shaded white painting, silver plating and welding.

Of particular effect is a round glass foil of 160 cm in diameter silvered by hand for the creation of an exhibition table, and a series of shaped glasses that make up two tables with spirals that resemble a snake.

This important achievement is a further attestation of the quality of the work of Vetreria Bazzanese, which in this case has employed a happy combination of technological innovation and artisan knowledge at the service of a century of European art and culture.

The exhibition is free, it will remain set up until Sunday 23 February 2020.