We were doubly happy looking Arianna Lelli Mami and Chiara Di Pinto smiling while raising the prize at the Frame Award 2019: firstly because it was a further international affirmation of Made in Italy; secondly because Vetreria Bazzanese was, together with other excellences of Italian manufacturing, partner in the realization of Club Unseen, the secret club created by Studiopepeduring the Milan Design Week 2018, which won the prize in the ‘Bar of the year’ category.

We announced the nomination in a post at the beginning of January, in which we expressed our satisfaction for realizing the pink and the molded glasses of the structure of the bar, as well as Oh! You Pretty Thing, a self-standing mirror with integrated light inside the club.

These elements have contributed to the strong theatrical suggestion of the realization, in which the concept of waiting was theorized: the moment in which we’re waiting for the preparation of the cocktail, which is never pleasant, becomes instead a show and a point of strength in Club Unseen of Studiopepe, transforming into amerit what is usually a limit. 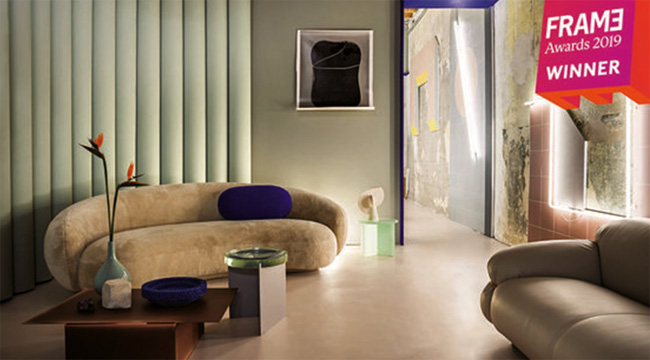 Looking forward to inform you about the future initiatives of Vetreria Bazzanese, you can find the list of the winners of the 2019 edition of the Frame Awards at this address: https://www.frameweb.com/news/frame-awards-2019-winners-list

Excellent response and participations at the solo exhibition of the duo Antonello Ghezzi at Arte Fiera 2019.

Year of the pig: sweet and sour pork or pig in front of the mirror?